It was on July 3rd, 1959 that the nation first heard the programme Sing Something Simple – ‘songs simply sung for song-lovers’, as the Radio Times billed the debut broadcast.

Cliff Adams was given only four weeks to get the show ready. He put together a 16-strong choir, made up of predominantly men, brightened by a sprinkling of four women (he believed that the sound of male voices encouraged audience participation more than female). The group sang well-known melodies from decades gone by accompanied by accordionist Jack Emblow. 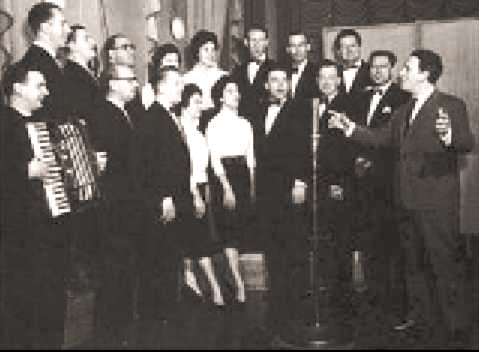 Adams had found a winning formula, one that was to be used by countless other performers, not least Max Bygraves. Intended originally as a six part summer ‘fill in’ programme, it was an immediate success with the listeners.

Initially on the BBC Light Programme and later on BBC Radio 2, the programme ran for 42 years, earning itself the title of the ‘longest-running continuous music programme in the world’. Adams, working with his own arrangements, had eventually amassed an astonishing library of around 6,000 titles. 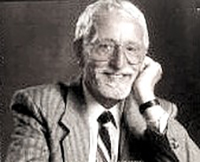 Born in London in 1923. When he was nine Cliff became a chorister at his local church. There the organist gave him piano and organ lessons, and by the time he was 16 he was working as a pianist in a big band. In 1943 he was drafted into the RAF, by this time he was also playing trombone, as well as composing and arranging – he was put into the RAF music services. With them, he spent three years in Africa, for much of the time as part of a 14-piece band, where he was able to hone his writing and arranging skills and after being demobbed toured as a pianist/arranger with various dance bands .

By the mid-1940s, and encouraged by the formidable all-woman band leader, Ivy Benson, Adams wrote and arranged for some of the best-known bands of the day, including Ambrose, Ted Heath and Cyril Stapleton.

In 1949, keen to return to performing, he formed a vocal group The Stargazers. They backed leading singers of the day, such as Al Martino and Jimmy Young, and in 1953 they topped the newly established ‘singles charts’ with ‘Broken Wings’ – they were the first British artists to achieve a No 1 recording. Other hits followed, including ‘I See The Moon’, ‘Happy Wanderer’, ‘Twenty Tiny Fingers’ and ‘Close the Door’.

With the advent of independent television, Adams worked in TV advertising. Among his commercials was his jingle for Murray mints – the ‘too-good-to-hurry mints’ – recorded with The Stargazers. Its success led to jingles for Fry’s Turkish Delight, Cadbury’s Milk Tray and for the mashed potato mix -‘For Mash Get Smash’.

While Sing Something Simple was to play an important role for much of the rest of Adams’s life – there were short-lived TV spin-offs, 1961’s Something Old, Something New and 1964’s Sing-Along Saturday. In 1964 Duke Ellington chose Adams’s group to sing with his orchestra at Coventry Cathedral.

Cliff Adams arranged and performed on Sing Something Simple until his death in 2001.

Born in England in 1930, Jack had piano lessons as a boy, but after a couple of years switched to the accordion becoming a professional musician at the age of 15. By the early 1950s he was playing in small bands around England, and in the mid-1950s began working as a session musician, most notably at EMI’s Abbey Rd studio where he played on the Beatles’ ‘All You Need Is Love’ session on the first live, worldwide satellite broadcast.

In 1956 he formed ‘The Jack Emblow Sextet’, which made its radio debut in the programme ‘Music While You Work‘ and remained with them until 1961. For over 40 years he provided the accordion accompaniment for the Cliff Adams Singers on ‘Sing Something Simple‘. 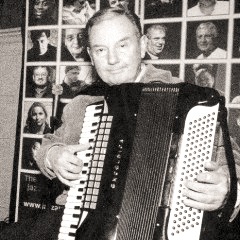 Considering himself an ‘all-rounder’ his repertoire ranged from popular music through jazz to light classical.He worked with a huge number of artists, including singers such as Alma Cogan, Michael Holliday, Donovan, Peter Sarstedt and Sandie Shaw. He has performed with orchestras led by Ted Heath, Michel Legrand, Henry Mancini and Nelson Riddle. He is also featured on the soundtracks of many films, radio and TV programmes including Maigret, Bergerac, Last of the Summer Wine and ‘Allo ‘Allo.