keyboard_arrow_right
menu
Serenade Radio – Radio Like It Used To Be

Serenade Radio is the brainchild of Andy Marriott. Andy has worked in broadcasting, both radio and TV since 1981. Over the years he found it increasingly difficult to find something to listen to on the radio. All the stations that pledged to serve the older age group were apparently turning their backs on that audience and focusing on youth.

So, in February 2015, Serenade Radio was born. Right from the start Andy chose to keep the station free of commercial content of any kind, an oasis of calm in a frantic world. There are no adverts and no sponsorship, and there never will be. This, of course, means no money coming in. No money to pay presenters, so the challenge was to find professionals who would give their time and experience to the station for free. Andy’s friends and colleagues rallied round, many it seems had also found themselves with nothing to listen to!

The station is loosely based on the old Light Programme, where quality and a sense of warmth and old-fashioned values were paramount.

The music on Serenade Radio is the best in easy listening mostly from the 1940s to 1970s. We don’t play music because of its age, we play it because it is worth hearing!

Every programme on Serenade Radio has a presenter who shares the music that they love, each programme is personal. His or her job is to introduce the music and keep you company. You won’t hear the same style of music every hour of every day, it used to be called variety but it seems to have gone out of fashion!

We are not here to sell you anything, present the day’s news or advise you on traffic conditions. We see ourselves as a bit of friendly company throughout your day, with the best in easy listening, whatever you are up to.

Whilst you may hear some of our presenters in pre-recorded shows on other stations (they need to earn a crust!) be assured we are completely independent. We are not affiliated with any other radio stations or companies. 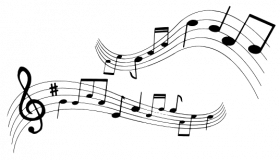 WE ARE NOT AFFILIATED TO ANY OTHER RADIO STATIONS

ALEXA ISSUES:  Some listeners may be experiencing problems listening on Alexa devices today. We are aware of the problem, hopefully it will be fixed soon.  In the meantime Alexa users can listen via Tune-in, just say “Alexa play Serenade Radio from ‘Tune in'”. You may have to sit through a commercial before the music starts! (Commercials are provided by Tune-in, not Serenade Radio.)

We have just played…..